Santa is way north in the cooler air of Kamchatka. We do have a few reports that Santa has made stops there. Can we anticipate a change in reindeer soon?

Elf Victor and Elf Quinton have said that Santa has not requested it yet. Santa only left the North Pole a little more than five hours ago. The reindeer would be upset to be taken off duty already, I think. 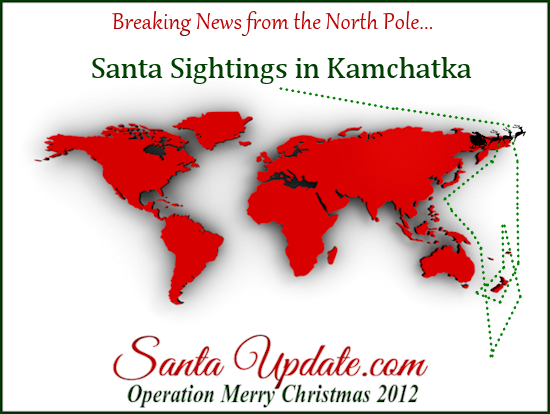 Kids in these places should be in bed by now:
Sri Lanka
India
Bangkok
Beijing
Singapore