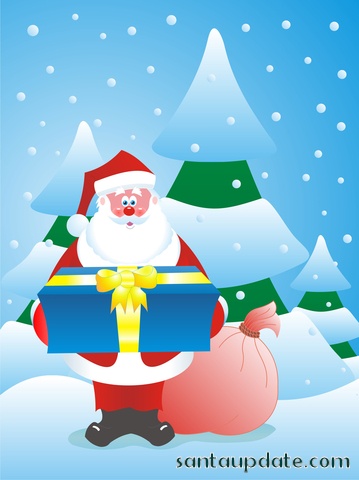 The weather has gone from bad to worse. We were dealing with lots of heavy snow, which we’re used to, but now the high winds that are howling outside my window have knocked out power to just about everything here at the North Pole. We’re on generators now until they can get it fixed.

“We have all that coal to burn,” Elf Hector, an engineer in North Pole operations told me. “Nobody is going to freeze or anything. But the generators are only strong enough to serve us on a temporary basis. A lot of things can’t be used in a power outage like this when we are on generators.”

Elf Bernard is really worried in Santa’s workshop. They can use small tools like drills and saws but big tools such as steamers, conveyor belts and lifts are out of service, slowing things in the workshop down even more.

The Tracking Center has shut down many of their computers, not that they won’t work but to conserve energy for other departments, such as the Workshop. “We are going through drills but we can do that later,” Elf Billy said. “We just hope power comes back up before too long so we can be more fully prepared on Christmas Eve.”