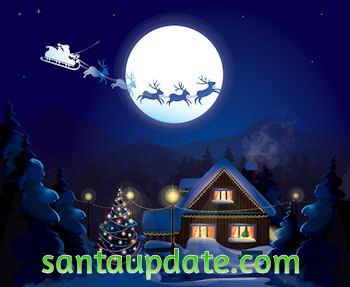 Just a short time ago an eyewitness from near Idaho Falls in the USA reported seeing a flash at a fairly low altitude.

“I was looking for it,” said 33 year-old rancher Rex Jardine, “It’s cold, kind of a slow night. So I wanted to keep a look out after hearing he was out there. I was looking to the north and nearly dropped my hot cocoa when I spotted it. I heard no sound but the flash was unmistakable. It turned from night to day in an instant and then got all dark again, blinding me for a little bit. I know that was an elf and not Santa but if he can go that fast I don’t think Santa will have any trouble getting around the world tomorrow. That dude’s fast, man.”

It is the dead of night there so chances are that not too many other people might be witnessing this. We just don’t know. As we get new reports we will update you.