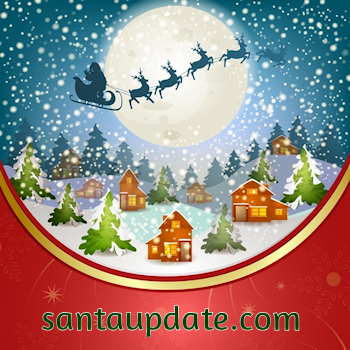 Returning to Santa’s mailbag we received this question from 39 year old believer Hannah Watson, from Wales. Hannah wants to know: do any evles go with Santa on Christmas Eve.

We’re all very busy on Christmas Eve. We each have jobs to do. Many, like Elf Vernon, are sleigh qualified but Santa works best and fastest when he is alone in the sleigh.

That does not mean elves are not nearby, though.

As you will learn as we track Santa again for our 22nd year later today you will notice elves everywhere. We have them stationed all over the world, working as spotters and reporting back to the North Pole any dangers that Santa might encounter. Once Santa takes flight he has a whole fleet of back-up sleighs at his command and a number of elves to drive them — and lots of extra reindeer, too.

Frequently there are multiple sleighs in flight supporting Santa on Christmas Eve. They work as spotters, too. Or they help transfer last minute stuff from the North Pole. They might, if Santa requests it, be sent out on special projects. Remember a few years ago when Santa came in a little low and took out part of a fence on a farm in Finland? He flew in a team of workshop elves to repair that damage almost right away.

They just don’t do it with Santa on the sleigh. One reason is that Santa is afraid they would fall out of the sleigh. He travels at such a fast speed that he doesn’t feel it is safe.