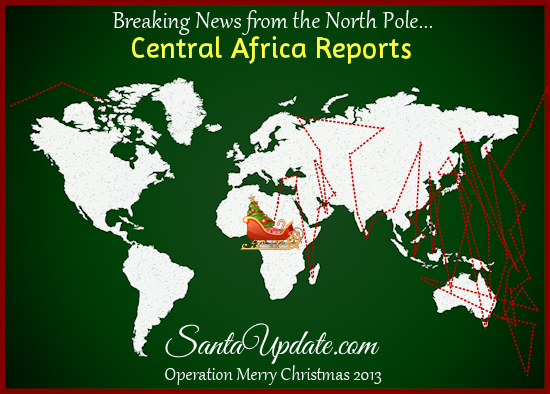 We were wrong. Santa headed south and visited Congo. Since he is in Africa trackers here are thinking that Santa will likely stay here for a while before heading into Europe.

Santa is continuing to express concern over the late night many kids in Europe seem to be having tonight. That’s another reason why trackers here feel that Santa will stay in Africa for a while.

If you’re in Europe and still not in bed — stop what you’re doing and go to bed!