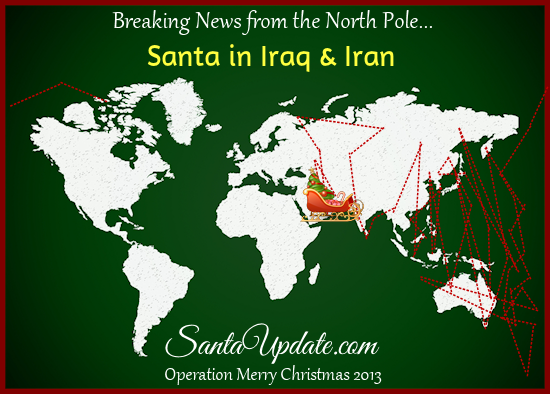 Santa is visiting Iran and Iraq, places where in the past Santa has had some issues delivering. That seems to have been worked out in recent years and Santa has had a peaceful ride there so far this year.

Concerns coming out of Cologne, Germany of a group planning to kidnap Santa have been discussed in the past couple of hours. Santa, however, refuses to be concerned. This group claims to be non-believers but they are contacting the North Pole to convey threats. Santa finds that pretty odd.

Elf Agent X says the group is of no concern and that there are so many other good people in Cologne that nobody needs to worry about Santa not visiting there.