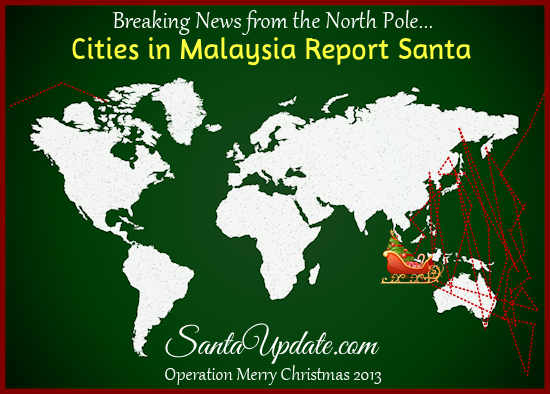 Santa is moving a little slower — probably due to tired reindeer — but he is still making good time and doing quick work in Malaysia.

It is Christmas Eve in Europe and kids there are wanting to know exactly when Santa will be there.

Well, it is hard to say. Santa still has a lot of ground to cover before he gets there. But you can bet it won’t be until well after midnight and it won’t happen until you all go to bed. So pay close attention to the bedtime warnings as they come out in the hours ahead.