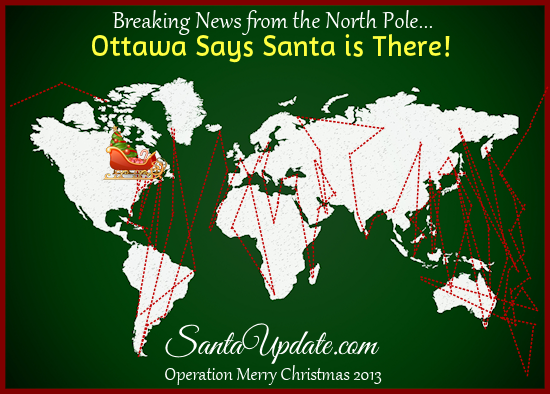 Santa Claus is in Ottawa at this moment — we have confirmed reports from eyewitnesses and from Santa himself. For sure, folks are having a Merry Christmas as we speak. Santa notes with pleasure the home of Walt Johnson and family, where 8-year old Nick has laid out a landing zone for Santa, complete with flashlight landing lights for Santa’s sleigh. Memo to Nick from Santa: Nice job, buddy! It worked perfectly. Have a Merry Christmas and thanks for the cookies!

Santa also said the many secret spy reports he has received from elves working in Ottawa have really helped him to deliver fast and without issues.