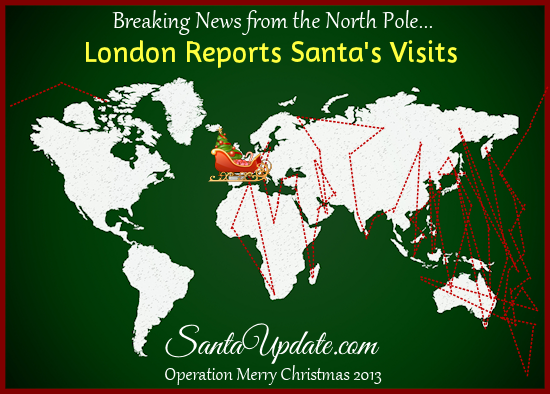 Multiple reports coming from London now suggest that Santa is in the UK and making progress there.

Meanwhile, anticipation is building in the U.S. and Canada as kids there are writing last minute wishlists at a record pace. Elf Hugo says the mailroom is overrun and that the volume is “just staggering”. Of course, we recommended hours ago that kids switch to stocking mail but it appears many of you missed that announcement.