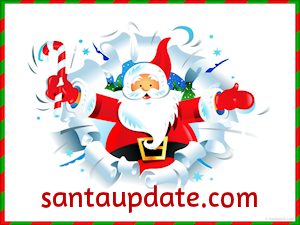 The world is burning up the phone lines, emails and fax machines to the North Pole as media contacts and government representatives debate Santa’s “historic” news. We still don’t know the nature of what Santa has in mind but some seem to think it is bad news.

One media outlet is blaring headlines on its website that Santa is delaying Christmas. Another is speculating that maybe Santa is sick.

None of that is true, folks.

While I don’t know the details of what will be announced or what will happen I can tell you that Santa is most definitely launching later tonight and that Santa himself insists that Operation Merry Christmas 2014 is on track.

Don’t listen to the media. We’ll give you the straight story from here. Just be a little patient.

Coming up next: An update on Santa’s reindeer
Where it is Christmas Eve now: East Africa

Listen to Elf Ed Zachary talk about the speculation of the big event scheduled an hour from now: