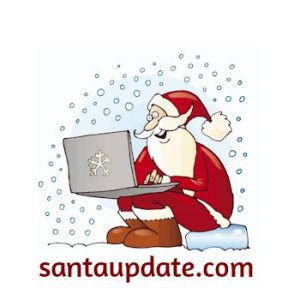 While the North Pole is set up to handle all kinds of mail there is just no way that Santa has time right now for Twitter, Facebook, YouTube or other social networking sites.

Many fans have asked if Santa will be tweeting from the sleigh.

And no, Santa’s won’t be. It isn’t safe to tweet and fly. Or test. However, Santa has agreed to be interviewed at least once at some point during his flight.

But we will try to tweet his position for you as well as the news coming from the North Pole.

Coming up next: Update from Santa’s workshop
Where it is Christmas Eve now: Winnipeg