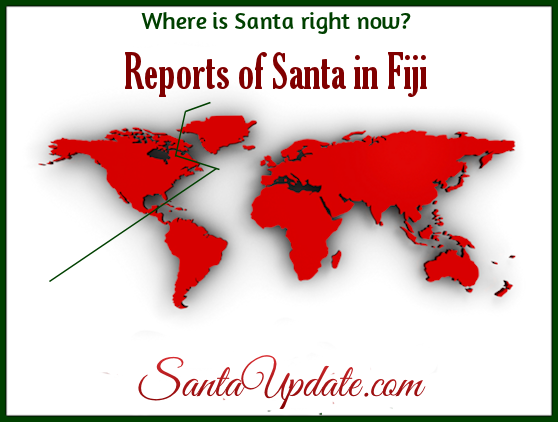 The South Pacific island nation of Fiji gets the first visit from Santa this year, thrilling residents of that tropical paradise.

In other news Elf Crash Murphy, who is trailing Santa in a chaser sleigh, reports that Santa made contact with one of the ships of the North Pole navy out over the North Atlantic and then was followed almost immediately by a fleet of small sleighs. These sleighs have been deployed over a vast area of the South Pacific.

We do not know what those sleighs are for. We will keep you posted.

Coming up next: Reports from islands of the sea
Hang-Your-Stockings Reminders: Japan, China
Active Bedtime Warnings: All South Pacific Nations, including Australia.

Listen to Elf Crash report on a fleet of sleighs trailing Santa now: