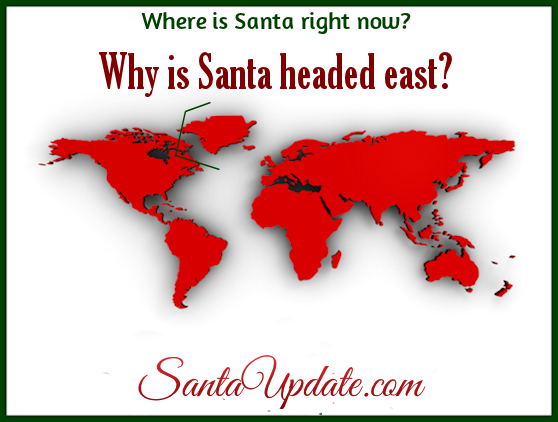 Santa has ordered radio silence, even though he has been tracking over the North Atlantic. Indicators in the Tracking Department show that Santa his engaged in a burst of high speed and his direction now is due south. Radio silence usually means that Santa is about to make his first deliveries. Santa wants silence to concentrate and also to keep people guessing about his first destinations.