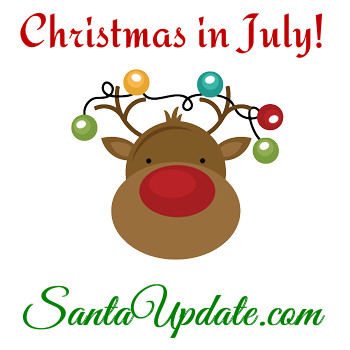 As part of our Christmas in July celebration we’re sharing information about Santa’s reindeer — real stuff about each of them that we know you want to know.

A lot of people assume that Rudolph is Santa’s lead reindeer but actually — he’s not. Dasher is Santa’s captain – a true champion and a regal reindeer. Dasher is very old for a reindeer, in fact, the oldest on Santa’s team. But he is also one of the largest and one of the most powerful of the entire team. Dasher is so widely respected in the reindeer community that most of the other reindeer will actually bow down in his presence.

Dasher has a large family, a fact that many do not know about him. In fact, most of his children also work for Santa in one way or the other.

Below is a report filed last Christmas Eve by Elf Crash Murphy on Kringle Radio as we tracked Santa around the world. Take a listen to that report below to learn a little bit more about Dasher.

Over the next couple of weeks we will be sharing more biographical information about Santa’s reindeer as we lead up to a very special Christmas in July announcement. You’ll want to be around on July 23rd and July 24th for sure — I think you’ll greatly enjoy what we’ll be doing.

Santa’s Reindeer: All About Dancer
Scroll to top