Santa has stopped at an unnamed island in the Northern Mariana Islands. Elf Quinton says it appears Santa is drinking Pineapple juice according to what he can see on the Sleigh cam. He is giving the reindeer lots of water.

“The southern hemisphere is tough on the reindeer because of the heat,” Elf Victor said. “I’m glad Santa is giving them a good long drink.” 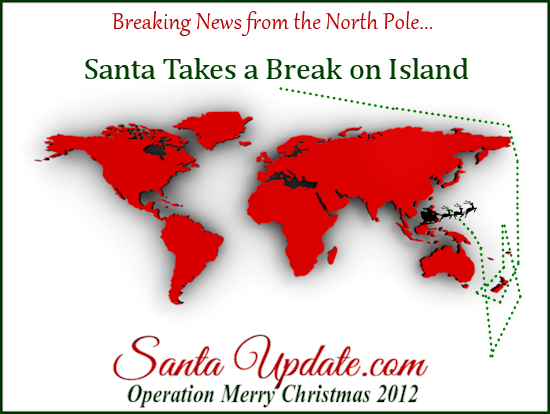