There must be quite a lot to load on that aircraft carrier. Santa is still there.

“It is still too early for Santa to deliver to very many people,” Elf Billy told me. “I can see why he is in no hurry. Santa has been on the phone a lot the last few minutes, asking for weather reports, support sleigh positions, reindeer relief crews, and other stuff.”

Meanwhile, it appears we’re only about 90 minutes or so away from the clock ticking over to Christmas morning in the South Pacific. We will keep you updated. 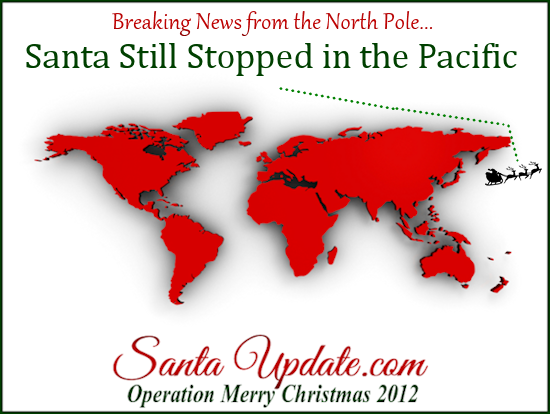 Kids in these places should be in bed by now:
Melbourne
Sydney
Pago Pago
Kamchatka
Fiji
New Zealand
South Pole