Santa called me just a moment ago. He wants the kids in all of Australia, even western Australia, to get to bed.

“I know it might seem a little early to some of those kids in Perth,” Santa said. “But this is important. They need their sleep.”

I asked Santa if he wasn’t spending too much time on that aircraft carrier and he said according to his calculations he is doing just fine. He should be talking off soon. 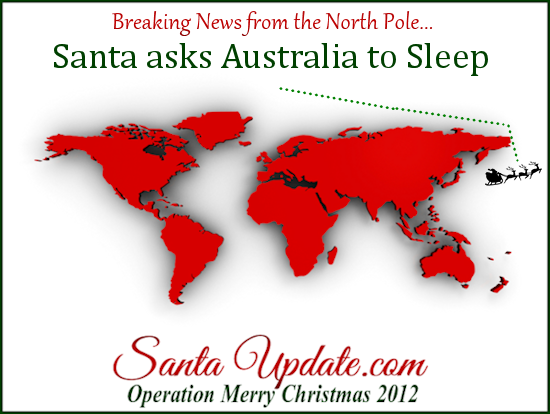 Kids in these places should be in bed by now:
Australia
Pago Pago
Kamchatka
Fiji
New Zealand
South Pole