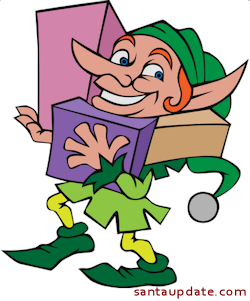 I bumped into Elf Bernard late last night in the North Pole cafeteria. He looked really worried. Santa’s workshop is more behind this week than it was last week.

There are many problems.

The glue shortage got resolved but then he discovered that the new glue wasn’t working on different things. It could close a box but it could not hold plastic down on new toy cars or on kites they make in the workshop. So they had to find a different glue, which took valuable time.

“I would say we’re at least four days behind,” Elf Bernard said. “I need to let Santa know we’re going to need help.”

Santa already knew. He was reading the production reports and he had already placed the call to get extra help in the Workshop. Santa does not appear worried but Elf Bernard is really sweating it.