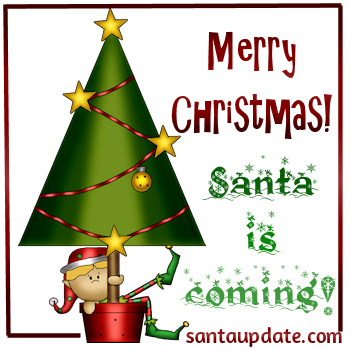 Another hour has passed and the Tracking Center remains locked to us. They just released a statement I can share:

“The performance of Santa’s Sleigh especially these past few hours suggest that Santa will likely break long-standing speed records in his Christmas flight. The sleigh is performing well and we anticipate a smooth flight for Santa Claus.”

That’s odd. The Tracking Department does not reveal anything new about the sleigh’s current location or activity.

Meanwhile, over on Kringle Radio Elf Red Stocking had an interesting conversation with two experts on Santa’s flight prospects this year and all the troubles with the sleigh. Click the image below to hear this conversation: