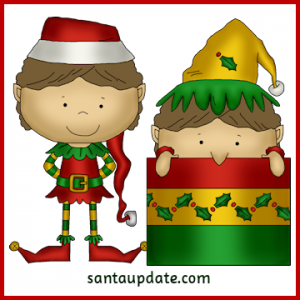 As we continue to work the story of this surprise last minute test flight of Santa’s sleigh we have other news from the North Pole to report. We have reached that point of Operation Merry Christmas where the Wrapping Department becomes the final hurdle in getting things ready for Santa’s departure.

I tried to get Elf Wally to stop and talk to me but he just waved me off and said, “Later! Later!”.