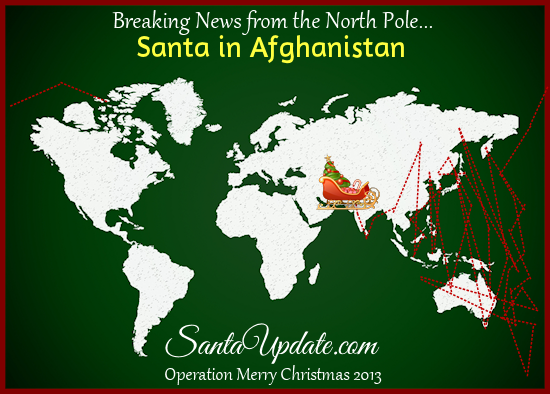 Santa is now in Afghanistan, where he enjoys far more popularity than people think. Santa especially enjoys visiting military units deployed to Afghanistan. He likes to take mail from Moms and Dads serving and deliver them later to kids waiting at home for them. It makes Santa cry nearly every time. He wishes he could bring these Moms and Dads home with him on the sleigh.

The tracking center is watching some weather systems located in Northern Europe with some concern. They won’t stop Santa, of course, but they could slow him down a little.