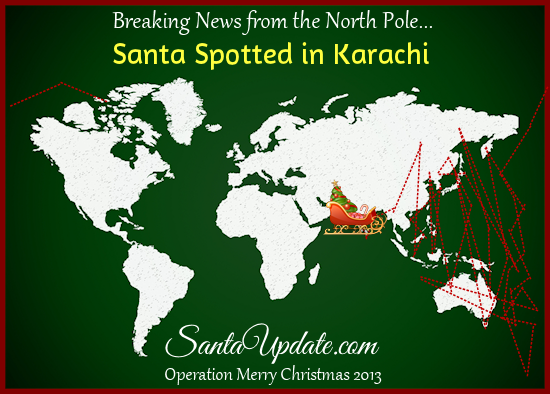 Bedtime warnings for far Eastern Europe are starting to come in. Santa is relaying from the sleigh his concern for kids specifically in Norway, Finland, Poland and Romania, who are traditionally known to sometimes stay up late on Christmas Eve. You kids might want to think about an earlier bed time tonight.

Santa’s sleigh continues to make very good time. In fact, Santa is now almost a full hour ahead of last year’s record setting pace. That’s probably why Santa is so concerned with kids getting to bed on time.