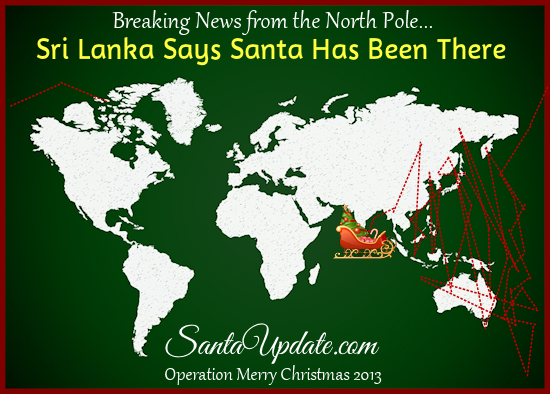 Santa is in Sri Lanka and steadily heading west. Hearts are merry there according to all the reports I am seeing.

Elf Hugo reports that Santa’s mailroom is now looking for mail directing from stockings, a version of mail to Santa known as Stocking Mail. You can write Santa — or draw him a picture — and put it in your stocking. New technology in the stockings allows for a “scan” of sorts to take place and the image of your letter instantly gets transferred through the North Pole Post Office to Santa on his sleigh. It’s really cool technology.

Any other traditional letter sending techniques just won’t make it in time for Santa to see them before tomorrow…and that, of course, would be too late.