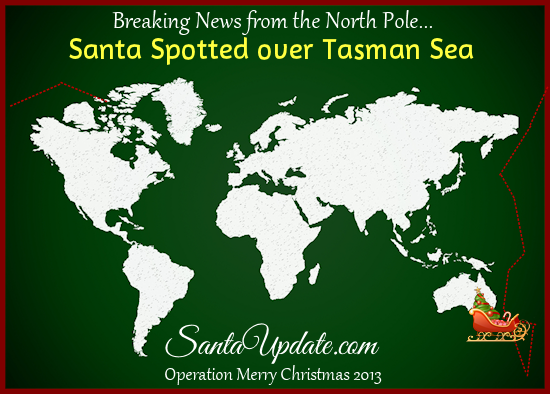 Flying low and slow, at least according to one eye witness report, Santa appears to be over the Tasman Sea at this moment.

“He’s visiting the ships at sea there, I’m certain” said Elf Billy. “We have indications of fast, brief stops over ocean waters. That can only mean that Santa is seeing sailors who have hung their stockings.”

Santa tries to remember everyone, even those working on Christmas such as seamen, firemen, nurses and other essential personnel. He doesn’t want to forget anyone.

It appears Santa is a little frustrated that some kids are not yet in bed in New Zealand. We think Santa wants to go there very soon.