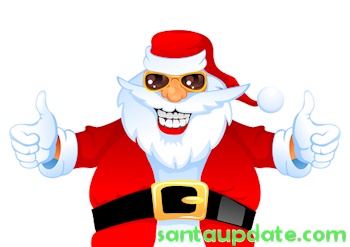 Yes, it is Thanksgiving in Canada and Santa likes to celebrate it. In fact, Santa celebrates Thanksgiving several times a year because it is his favorite holiday.

Some say that is because of the food. But Mrs. Claus says that is a common misconception. Yes, Santa loves the food. But that isn’t the reason he loves Thanksgiving.

“Santa is a very spiritual man,” Mrs. Claus told me. “He believes the idea of gratitude is very important for everyone. He says regardless of your religion or even if you don’t believe in God the idea of being thankful for what you have is very, very important. Contemplating your blessings and the goodness of your life makes you treat other people better, and that’s always a good thing.”

Santa loves it when an entire nation celebrates Thanksgiving. So today Santa is in Canada with some friends he has there. And he is celebrating Thanksgiving with them.