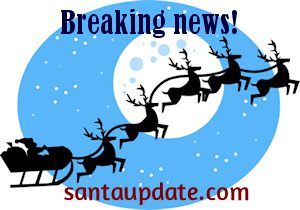 Evidently the Iranians are serious about getting Santa’s sleigh out of Iran. They have just fired a missile of some sort at it.

Elves in the Tracking Center assure me that the sleigh is in no danger. Elf Vernon is not only moving at blazing speed he has also flown to an altitude that would be unreachable by a rocket. Santa’s sleigh is safe.

I’m not certain but I think the goal is to now have the test flight end and to come straight home.

Coming up next: More about the North Pole Navy

Where it is Christmas Eve now: Sri Lanka

Listen to Elf Quinton discuss what would happen to the sleigh if hit by a missle: