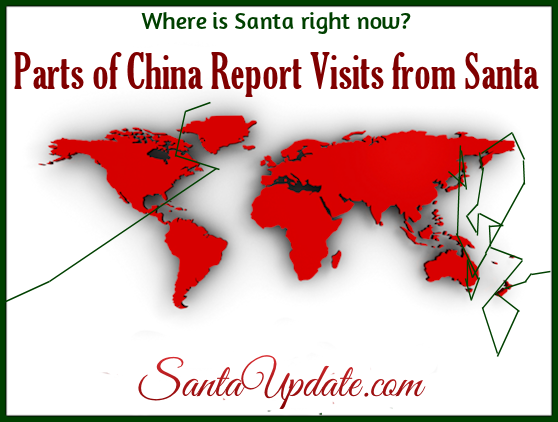 A massive fireball was spotted over the north central Pacific ocean in the past few minutes. Apparently Jingle Bell 1 has met her fate, blown up into a gazillion tiny bits to become food for fish and the wildlife of the sea. You have to listen to Elf Mitch describe it below.

An update now on Vixen: Elf Victor says she has a small bruise but will be okay and will stay with Santa’s team. Santa told Victor he caught Vixen holding a tap dancing contest with Prancer, a big no-no when hitched to the sleigh. From now on Santa will only allow Vixen to tap dance on sand. She will be okay.

Coming up next: A friendly return to North Korea?
Hang-Your-Stockings Reminders: All of Greenland
Active Bedtime Warnings: Oman

Listen to Elf Mitch describe the end of Jingle Bell 1: