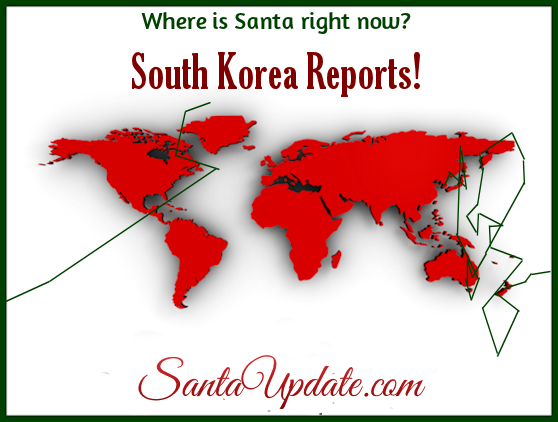 Reports are coming in from South Korea. Does that mean Santa is returning to North Korea? After the controversy there last Christmas it is hard to say what Santa will decide. The government doesn’t like Santa there very much.

There are some issues with the size of Santa’s sleigh in the Koreas. Take a listen below.

Coming up next: Santa wipes out a fence
Hang-Your-Stockings Reminders: All of North America
Active Bedtime Warnings: Tbilisi