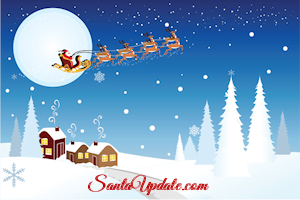 I received a bulletin from the North Pole Weather and Tracking Center indicating that forecasters are watching a weather phenomenon called “polar vortex voluminous” which really means a big storm could be on the way.

This isn’t anything unusual or that the North Pole can’t handle. We have survived big storms like this before.

How big can this get? It is hard to say but Santa prepares us year round for terrible weather. I think we’ll be fine. Nevertheless I called Elf Billy and talked to him about it.

“Oh, it is something to keep our eye on for sure,” Elf Billy said. “It could turn into something big. It is really too early to tell. But some computer models are showing epic snows with more than 50 feet of accumulation, very high winds and total white out conditions. It would make flying a sleigh almost impossible if that were to happen.”

The only real concern would be if such a storm were to hit on Christmas Eve.

And forecasters are saying it is too early to really predict that.

Click the player below to listen to Elf Crash answer a question about Santa and dogs:

Elf Victor Still Absent from the North Pole Can Christmas Happen without Reindeer?
Scroll to top