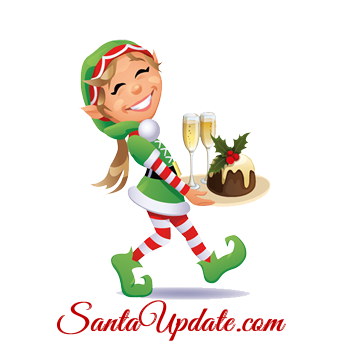 It’s now just seven months until Christmas Eve! And things are getting a little weird here at the North Pole.

We had our first picnic of the “warm” season here. (It never actually gets warm here at the North Pole, but we like to pretend).

It was, of course, snowing outside so we had to do it inside.

There was no real reason to do it other than Mrs. Claus wanted to do it.

She knows that in a few weeks the children here at the North Pole will be out of school and many will be leaving for vacations over the months ahead.

She wanted to do something while most of us were still here and so we had a picnic.

It was a lot of fun and everyone had a good time. But something odd happened that we cannot explain.

Someone put sugar in the salt shakers.

But Mrs. Claus packed a couple of shakers of salt and someone used it on the baked beans.

It actually made the beans taste a little bit better.

But the weird thing is that no one can figure out who did it.

Usually when an elf pulls a prank he’ll laugh or smile or do something to give himself away.

But nobody did that.

So now we have a little mystery going on at the North Pole. Who put the sugar in the salt shaker?

If we figure it out, we’ll let you know.