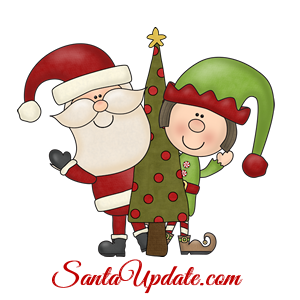 Merry Greetings and welcome back to those of you joining us for the first time this year.

It’s amazing. Every year right after Halloween all eyes seem to turn to the North Pole. Visits to Santa Update always spike during this week and this year has been no exception.

To catch you up there’s really only one thing you need to know: this year the North Pole has a prankster.

We call him the Merry Prankster.

It all began last May when someone put sugar in the salt shakers. Ever since then there have been a series of silly pranks that have baffled and delighted the North Pole all at the same time.

The Merry Prankster has become popular at the North Pole because whoever is choosing to do these things has not been caught and has yet to reveal himself.

That is very unusual for an elf – if the Merry Prankster is an elf, that is.

Elves love clever tricks. But they can’t be secret about them. They just can’t.

So this Merry Prankster guy is a real mystery. And that has Santa a little concerned.

Santa warned us a couple of months ago to watch out for this guy. He says pranks are great as long as everyone thinks they are funny. But someone who continues to do so in secret has something to hide and Santa is really worried this prankster might end up doing something people won’t like.

We saw a little bit of that when the Merry Prankster stole all the Halloween decorations. Nobody liked that very much.

So Elf Agent X and the North Pole Police are looking for this guy.

Other than this prankster stuff everything else at the North Pole is fine.

The Workshop is busy and production is up. The new sleigh for Santa is on schedule. All the elves are healthy. The reindeer are here and practicing – everything, in fact, looks on track for Operation Merry Christmas this year.