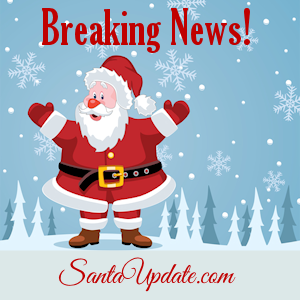 The Tracking Department at the North Pole is now ONLINE in a bigger way.

In an official announcement today the Tracking Department explained the launch of two new websites.

The first is called SantaTrackers.net, a site made to communicate with the millions of Santa Trackers around the world.

These are Santa trackers who work FOR SANTA and aid the Tracking Department at the North Pole in gathering information for Santa as he delivers around the world. You must be an elf to join SantaTrackers.net. The site has been working in a preliminary fashion for more than a month and is now ready to take on bigger numbers of elves who want to work in the Santa flight effort at Christmas.

The other site, SantaTracking.org, presents information online direct from the Flight Command and Tracking Center at the North Pole – kind of like air traffic control from Santa.

Both of these sites have been developed after years of feedback from Santa fans here on Santa Update. We hope you enjoy them.

It looks like Santa Tracking this year has gone to an all new level!