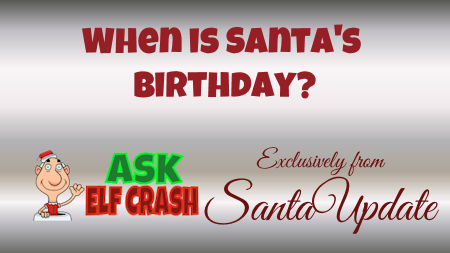 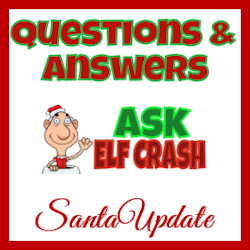 With the excitement of the Reindeer games over we turn now to other things going on at the North Pole. I took another quick tour of several departments and there are many interesting developments as we get closer to Christmas.

At the Wrapping Department Elf Wally tells me they are going to have games of their own to determine who the fastest wrappers are. Of course, these days many things are wrapped by machines and there are not nearly as many wrapping elves as they used to have. But the “art and sport of wrapping”, as Wally likes to call it, is still a popular thing so more than 250 elves will compete in a competition they are now setting up. I’m not too sure what Santa will think of all this but Wally sure seems to be having fun with it.

Santa’s workshop appears to be doing well. Elf Bernard wouldn’t give me a figure but several weeks ago he told me the Workshop was five days ahead of schedule. By the looks of things today I wouldn’t say that is still true. They have had a few elves call out sick and there have been problems with the glue guns on the assembly line drying out. But I think overall the Workshop is still on track.

The Tracking Department is announcing new stuff all the time related to the tracking of Santa around the world this year. You can read their news here.

And finally I stopped in at the studios of North Pole Radio News where there was an argument going on about whether or not to share Crash’s answer to a question from a listener. I made them move forward with that and you can listen to what happened below.

Santa Makes a Plea for More Elves
Scroll to top