Rudolph has a new nose. Sources at North Pole Flight Command told North Pole Radio news in an exclusive report that Rudolph had surgery to install a new halogen lamp in his nose. The procedure was successfully completed more than a week ago and Rudolph has since been quietly in therapy.

Rudolph is expected to be named to Santa’s starting roster when it is published tomorrow.

“Surgery like this wasn’t even possible 70 years ago near the time when Rudolph was discovered,” said Elf Victor, head of Reindeer Operations at the North Pole. “But we have the technology now and given the poor weather forecast for this week at the North Pole and various places around the globe we felt this might be the best time.”

According to elves working in the sleigh barn the knowledge of Rudolph’s surgery was kept quiet. They also report that Rudolph’s nose is significantly brighter and they cannot wait to see Rudolph light it up when Santa takes off later this week.

Click on the player below to listen to the North Pole Radio News report that broke the story. 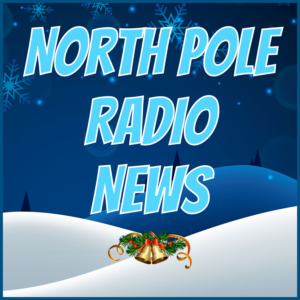