The Reindeer Games are over and the Champion has been crowned. And nobody – but nobody – saw this coming. It’s a total surprise. 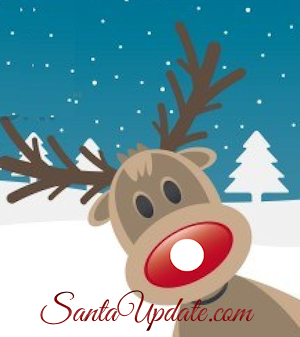 The competition yesterday at the games were turned on their head.

First, the two-year-old reindeer did really well this year with both Helga and Trixie distinguishing themselves through out the competition. Both took gold medals in their specialty events and they did well enough in other events to be considered up and coming stars in the Reindeer Community at the North Pole. Everyone knows their names and that is really a big accomplishment here at the North Pole where there are thousands of reindeer.

It should be noted as well that there was a very high level of performance from Blitzen this year. He led all the way – until Friday. And he still did very, very well on Friday.

But the ultimate winner was just too dominant in events. In fact, it wasn’t even close most of the day. He broke records. He got crowds up on their feet and cheering. He had all of the reindeer, including Blitzen, to shout his name from the top of their lungs. That is how inspiring this Champion made things yesterday. Nobody who witnessed what he did can ever forget what they saw.

Click the player below to find out. The North Pole Radio News Report below not only explains who won but why his victory was so important.

Reindeer Games Suffer a Shake Up