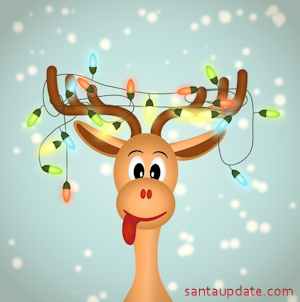 It’s not even thanksgiving yet but the elves have spent weeks decorating the outside of their homes. They are all getting ready for the annual North Pole Christmas lighting contest. The official lighting ceremony happens Thursday at sun down but the elves have been testing their displays every night this week. I took a walk through town the other night and the competition is looking stiff this year.

Elf Sally from the wrapping department has her house decorated in color changing lights. Her whole display changes colors every minute. I have never seen this done before so it might be hard to beat. She also had an automated sleigh and reindeer on her roof.

Elf Hank from the stables has 12 automated displays around his house. They include Santa carving a toy, Mrs. Claus in the kitchen making cookies, an elf loading presents in the sleigh, and a little boy placing a star on top of the tree. He also had his whole house decked out in white lights and his driveway lined with miniature Christmas trees.

Elf Barry must have a million lights on his house. I walked by as he turned them on for a test and it almost blinded me. I don’t know where he got all of them because I didn’t think we had that many in the whole North Pole. I am seriously worried that he may knock out the power station and plunge the whole town into blackness.

The official judging will happen Thanksgiving evening after Santa turns on the lights. Santa along with Mrs. Claus will walk through town and judge every house. They will then return to the town square to declare a winner. Santa looks closely to find the house that not only looks great but that also displays the best Christmas spirit.

If they can’t agree on a winner Elf Gloria will step in to break the tie. So look for an update in the near future on who came away with the win.

Santa Declares a Season of Thanksgiving
Scroll to top