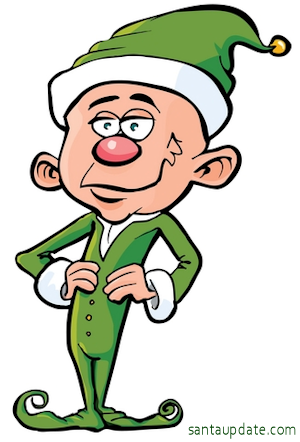 We have big troubles at the North Pole today. Everything seems to be happening at once and not much of it is very good.

The news from Santa’s workshop continues to be pretty tough. We had a blizzard here the other day that knocked out power for a time. That isn’t really big news and it isn’t a real to stop or even slow down production in Santa’s workshop. Elves, in fact, work very well in the dark — usually. But the line for new dolls was working right next to the line for army action figures and somehow in the dark the elves started putting doll heads on army guys. More than 40,000 of the lousy toys made it through the Wrapping Department, which was also in the dark, before the mistake was caught. Elf Wally says the elves in Wrapping are still unwrapping the mistake.

If you get one of these toys for Christmas, Santa apologizes.

Mrs. Claus had some trouble this week too. A small fire in the North Pole kitchen accidently destroyed Mrs. Claus’ sugar cookie recipe. It was the only written copy she had of the recipe. Mrs. Claus has been making the same sugar cookies for decades and knows the recipe by heart but she is still upset that this happened.

And Elf Quinton is very unhappy with Santa’s sleigh. He finally solved the problem with the stability of the sleigh but even when he hitches up 30 of Santa’s fastest reindeer to it he cannot get it to fly at the high speeds that Santa needs to get around the world in one night. “If we had three days to deliver we could use this sleigh,” Elf Quinton said. While he still has time to work it out Elf Quinton said he might still have to use last year’s sleigh on Christmas Eve.

I can tell folks are getting a little nervous here at the North Pole. Folks look at the clock alot and many elves seem to be running from project to project. I have seen Santa for several days and I don’t know where he is to call him about it. But I’m sure he would tell me that everything will be fine.