Santa has landed on an aircraft carrier in the middle of the Pacific Ocean. Is this where Santa makes his first delivery?

“We don’t think so,” Elf Billy said in the Tracking Center. “That is an unmarked ship. It does not belong to any country. In fact, it doesn’t seem to belong to anyone that we can tell. There are very few people on board this vessel. We are not sure what Santa is doing there.”

I checked in with Elf Agent X to see if he had any information. “Yes,” Elf Agent X, said. “I know all about it. I can’t tell you what is going on. It is classified.”

Well. There you have it. More news when I have it to report. 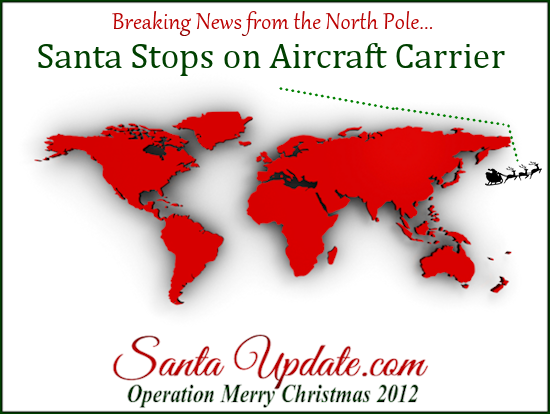