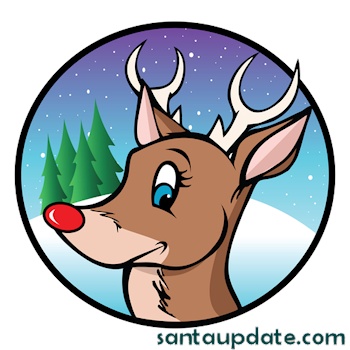 It’s Monday at the North Pole and there is some concern over at Santa’s Stables about Rudolph.

Nobody has seen Rudolph for several days. He’s here but he is not coming out to play. I called Elf Victor today to ask him about it.

“Rudolph is fine,” Elf Victor said, “He’s just recovering from a little procedure he had last week and he’s taken a few days off. But he’ll be ready for Christmas, no worries.”

And that’s all Victor would tell me.

Would Rudolph play in the reindeer games? Would he work on test flights of Santa’s Sleigh? What kind of procedure did he get done?

All of these questions Elf Victor would not answer.

I even asked Santa about Rudolph today. “Is Rudolph ok?” I asked him.

What do you think that means? Very odd news indeed. If I find out more, I’ll tell you.