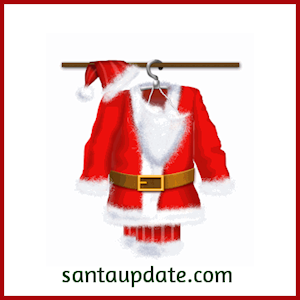 Christmas Eve day is dawning in the Middle East and Central Asia at this hour and the reports Santa was seeking from Secret Spies in the South Pacific and Far East are starting to come in.

From Japan we have heard from Elf Leonard, who warns Santa of high waves, strong winds and cold temps. In the Marshall Islands Santa is expecting to see some stray dogs that are roaming beach-front areas. In Hong Kong warnings of high-level winds, new signs obstructing access to roofs and a lack of “sleigh parking” have all been received at the North Pole.

These reports, and many others, will be very helpful for Santa on his flight later tonight.

Over in the North Pole Post Office Christmas Eve mail is starting to come in from kids even in Moscow, where it is very early morning right now.

Over at the Sleigh Barn a delicate process of tuning the bells has been underway for the past six hours. Elf Gloria, who has final say over the readiness of the bells and the sleigh, oversees the process that Santa considers critical to the success of the entire mission. Reindeer depend upon the bells to keep rhythm and pace as they fly and Santa insists that the bells be perfectly tuned. The process takes several hours and I’m hearing that process may be complete in just a couple of hours, well in advance of Santa’s scheduled time for launch.