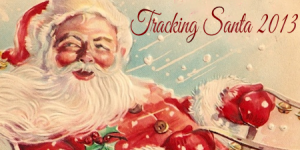 We have received official notice of a protest to the North Pole by the country of North Korea. Officials from that country are very upset and want to speak with Santa.

According to reports from the Tracking Center there was what they are calling “an incident” that occurred a short time ago in North Korea.

Elf Vernon has been on a world-wide test flight of the sleigh, hauling a load of coal that Santa has no use for but that proved handy for test flying the sleigh.

Somehow, perhaps in a weather related incident or something, the coal from that sleigh, the entire thing, has inadvertently been dumped in North Korea.

On Kringle Radio, Elf Frank Myhrr talked with Elf Crash Murphy who just happened to be in the Tracking Center when all this came to light there. Click the image to listen:

We do not know what to make of this strange story. As we learn more we will keep you posted.