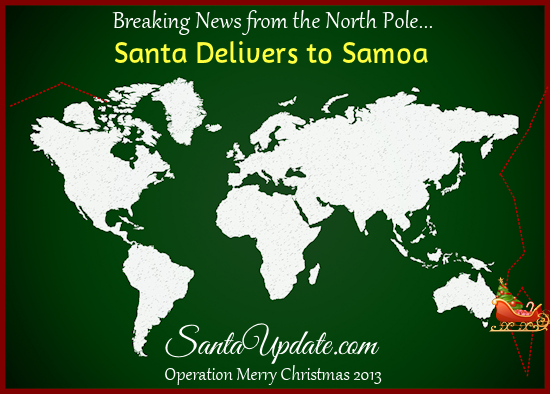 The city of Apia in American Samoa is sending multiple reports to the North Pole that Santa has been there.

Elves working on Santa’s sleigh to install the new radio said Santa was back in the sleigh almost as fast as they got the radio installed and took off in the sky heading west, confirming the possibility that he has indeed been to Samoa.

Additional reports are coming in from fishing vessels who report seeing “bright streaks of light” and hearing “faint jingling bells” coming from the skies to the west of New Zealand.