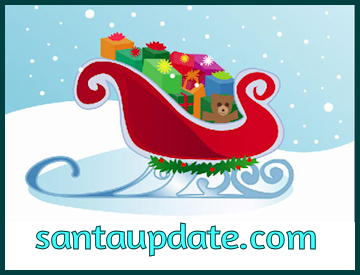 After months of suggestions and thousands of entries, Santa has selected the winner of this year’s sleigh naming contest. This year’s name is Gracie, suggested first by Miss Emily Hart of Melbourne, Australia. Emily is 8 years old and was the first to make the suggestion way back on January 23rd of this year. Congratulations, Emily! Santa will have a little something extra for you in your stocking this year!

The sleigh naming contest is a great tradition. Santa prefers to give his name a sleigh and it is always a girl’s name. He likes to get suggestions from the kids about girls names they like and he keeps a list of all the suggestions that come in. He picked Emily’s this year because it sounds like such a happy name.

Naming the sleigh is one of the last things that Santa does before he leaves. You might want to tune in to Kringle Radio for the big announcement, where we will cover Santa’s launch live from the North Pole compound. You won’t want to miss it!