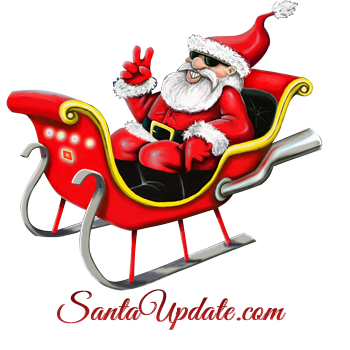 Okay, okay — quit pestering me with all the emails!

Yes, whatever it is that Santa is building continues to grow here at the North Pole. Next to the Sleigh Barn a giant building has gone up in the past few weeks.

Now, it is not as huge as the Building with No Name that was the talk of Christmas a few years ago. But still, it is pretty big and I can tell you right now — so far — that building is empty.

Santa is making no effort to hide what he is doing — even if he isn’t talking about it. All I can tell you is that he and an elf work crew put up that building and now they are locked away behind closed doors in the Sleigh Barn building something else.

Meanwhile, I heard that Santa expects Elf Victor to be coming home in a few days. And, from what I’m being told, he is bringing a lot of reindeer with him.

I don’t know what that is all about either.

We have a lot of reindeer here at the North Pole now and many of them at this time of the year don’t know what to do with themselves. Maybe Victor is bringing them some new friends to play with.

Anyway, I think we need a few days before we know for sure what Santa is building.

We expect to have a lot of news for you during Christmas-in-July. In fact, a lot of fun stuff is planned.

So whatever news this is of Santa I hope he gets it out of the way quickly so we can get on with the fun stuff.