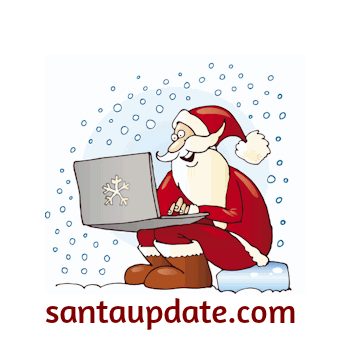 I took a tour of the North Pole Flight Command Center yesterday because they were explaining the new technology being used in the Weather Department. They can track the weather for any part of the world there.

I asked them about the weather for Christmas Eve and while that is still several days away I could tell the issue is one of great concern for the elves there. We are used to big storms here at the North Pole and snow and ice are not unusual for us. So far there has never been a storm that Santa could not fly through.

Even still I could tell some elves were a little worried. It looks like snow will be rolling in sometime late Sunday night. And they are nervously watching it.

After learning all that I just had to visit the elves working in the Sleigh Department to see what they thought. They are not worried about the weather in the least. They have tested Santa’s new sleigh in countless conditions and they are super confident that it can be flown in any kind of weather.

So next I visited the elves in the Reindeer Department. They nearly laughed when I said I was worried about snow for Santa and the reindeer on Christmas Eve. They said the reindeer live for blizzard conditions.

So I’m not sure if the gathering storm clouds are a big deal or not.

I’d ask Santa about it but he’s not here.

Maybe when he returns this weekend I will ask him.