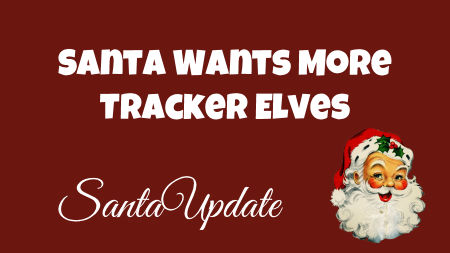 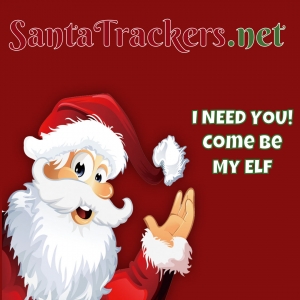 Do you want to be an elf? If so, Santa can use the help.

With ten days now to go until Christmas Eve Santa is asking for volunteers to learn the Elf Code and serve as tracker elves.

We have talked about this many times before. But now it appears the situation is critical enough that Santa himself in stepping in to make the request.

Many years ago there was no such thing as tracker elves. When Santa launched from the North Pole he was completely on his own.

But one year there was an elf off duty in his homeland of Norway who left the North Pole in early December to tend to his sick mother. He was there during December when he would have normally been working his job in the reindeer barn. As it got closer to Christmas his mother still needed his help but he felt guilty that he couldn’t be at the North Pole to help Santa.

On Christmas Eve a terrible storm hit Norway and it made travel difficult. This good elf decided he would help Santa in Norway by calling the North Pole with updated weather news and information about the local area that could help Santa when he flew into the country.

That’s how the tradition of tracker elves all began.

His information was so helpful he was later asked to he develop a team of special elves who would be strategically located in traditional trouble spots around the world on Christmas Eve. That tradition continues to this day as the crew of professional trackers, as they are called, work year round to identify places to located themselves to aid in Santa’s flight.

But not too long ago — about 25 years now — as the Internet and technology improved Santa had a brilliant idea. He was reading his mail one day. He noticed that one of the most common requests he would receive from children was the opportunity to be an elf.

It dawned on Santa that any believer out there who had that desire could be deputized as an elf and, using technology that was not available just a few years before, could track Santa for Santa from their own homes while they celebrated Christmas with the families.

He threw it out there to about 1000 believers who expressed the desire to become an elf. 100 percent of those people volunteered for duty. They were given a special website to communicate with the North Pole and then starting hours before Santa launched they were asked to observe and send in reports from their local area.

This year Santa set the goal for 20 million tracker elves.

That sounds like a lot. But honestly, with nearly 7 billion people in the world it should not be that here.

Yet here we are, just ten days before Christmas Eve, and Santa says we’re short about 5 millions elves.

You can help. In fact, Santa says please — please, please help. Go to SantaTrackers.net and sign up to become a tracker elf. It costs no money. You will not need to set up anything special to track Santa for Santa. You just need a computer, phone or tablet to follow some simple instructions online that will lead to helping Santa when he flies around the world.

We can do this, people. We can get Santa those elves this next week. We just need to find those who believe and ask them to come work for Santa.

Get Your North Pole Radio News
Scroll to top 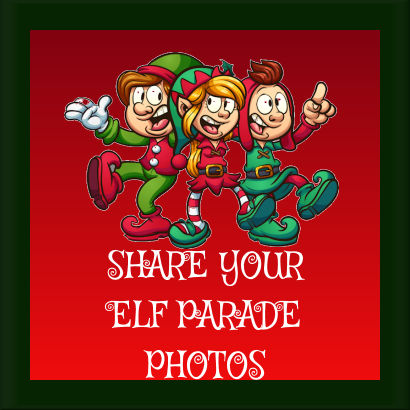