Secret Santa games are being played at the North Pole. This is a common thing in a lot of businesses and workplaces all over the world. Groups of people working together will draw names and then secretly try to gift something to the person whose name was drawn. 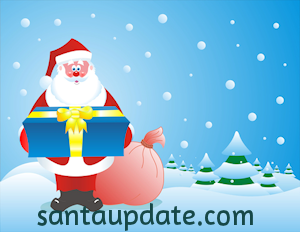 Of course, elves at the North Pole take it too far sometimes. Elves can be like that.

For example, over in the Distribution Department there is an elf named Bernie who hands out tools to the workshop team. He just happened to draw the name of his secret crush, a cute little elf named Polly. Bernie and shy and, unfortunately, Polly is not. Evidently at some point Bernie poured out his heart to Polly and worked up the courage to ask her out on a date.

So what did poor Bernie do when he drew Polly’s name in the Secret Santa Exchange in the Distribution Department? Well, first he bought her a five foot poinsettia for her desk.

This thing wasn’t really a festive red. Oh, the picture he saw it at the Florist Shop showed it was red but the plant, when it arrived, was actually more pink than red.

Pink is the color of love, while red is the color of both love and Christmas. Bernie could have probably gotten away with a red poinsettia but the pink one gave Polly the idea that Bernie was sending her a love token as well as a secret Santa gift and she got a little mad.

Polly went to her supervisor, a kind of grumpy elf named Merlin. He told her the Secret Santa Exchange was not an officially sanctioned activity of the department and thus it wasn’t his problem.

That gave Polly all the permission she needed to tell Bernie what he could do with his pink poinsettia. She put it on his desk after she had pulled all the pink leaves off of it.

Of course, poor Bernie was destroyed by all this. He was her secret Santa but he didn’t intend to offend her. He was just trying to secretly do something Santa-like for her. She just didn’t see it that way.

Of course, Santa DID understand the entire situation. He sent Mrs. Claus to talk to Polly.

Then, Santa did something Polly didn’t really know about. He sent Bernie, who loves beef jerky, a jerky basket with a card that was signed – by Polly.

Fortunately, Mrs. Claus told Polly what Santa did. She was able to talk Polly into sending Bernie a little sorry card, which he graciously received. Then Santa advised Bernie that he think of something new to give to Polly as her secret Santa.

I don’t know what it is. I just know the situation now is cleared up. Bernie is again in Polly’s good graces – as a friend – and Polly is no longer mad.

All kinds of fun things happen during Secret Santa season at the North Pole. Some secret Santa gifts are pretty funny. Like the chocolate covered sour balls that Elf Denny gave Elf Reggie in the Wrapping Department. Reggie can’t stand anything sour and he was sure happy to see chocolate. Everyone laughed at the face he made when he hit the sour stuff.

That kind of stuff is okay – harmless pranks, really.

But not everyone has the easiest time playing Santa. That was evident in the North Pole Radio News report today on Kringle Radio. You can hear that via the player below.

Santa and the North Pole are Virus Free

Blitzen Has a Cold
Scroll to top