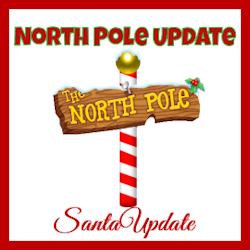 This weekend marks two full months since we last saw Santa and many of the folks here at the North Pole are growing in their concerns. Even Mrs. Claus is beginning to express concerns.

Even though Santa told us where he was going and even though he told us that we would not hear from him for a while people here at the North Pole and now around the world are starting to wonder if something is really wrong.

What makes everyone so nervous is the fact that Santa would not guarantee his return home before Christmas. In fact, Santa was very clear in stating that he did not know how long he would be gone. He said it was “uncertain”.

And now Mrs. Claus may be joining the ranks of those elves unhappy about all this. Although Mrs. Claus has ardently supported Santa and spoken in his defense since this strange story began today in a candid interview with me Mrs. Claus said “it wouldn’t hurt for him to check in with me”.

The statement caused everyone in the room to grow suddenly very quiet. Mrs. Claus had been talking about plans for the elf parade when someone burst in with a question about Santa and whether he would be home in time for Halloween or Thanksgiving. Mrs. Claus began to talk about Santa needing his time away but quickly and candidly remarked how much she missed him and how much she wanted to talk to him.

That has caused the interest in searching for Santa to enjoy a renewed energy at the North Pole. The Flight Command Center has been hard at work for over a month trying to locate Santa but serious and more widespread search efforts are now underway.