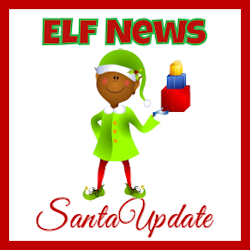 A report from North Pole Flight Command late yesterday indicates that recruiting of new tracker elves is off to a splendid start this year. Santa set the goal of having 40 million tracker elves this year and the report says they passed the 31 million mark over just the past few days.

“Yes, as expected, given the unusual circumstances of this year we are seeing the ranks of trackers swell nicely,” said Elf Roger Star, International Director of Santa Trackers. “We still have a long, long way to go but we think the goal will be met easily.”

Other elves at the North Pole were not so sure when Santa made the announcement earlier this year.

Last year, the goal was 20 million — only half of this year’s goal. But the North Pole ended up with more than 25 million tracker elves with a last minute surge that took everyone by surprise.

Elf Roger Star says he would not be surprised to see the goal met by Halloween or Thanksgiving this year and that by the time it is all said and done Santa could have 50 million total trackers helping him out this year.

All of this is a logistical challenge for Flight Command. So many new elves mean a lot more tracker reports to process. Not to mention all the training to be done.