Reindeer have been spotted in migration out of Northern Canada. They were seen by a North Pole scout running weather observance runs for North Pole Flight Command. The picture isn’t great but those are reindeer “of the Santa variety”, as Elf Victor said. Victor said he would not be surprised if he had some reindeer to take care of by sometime this week.

This is the picture that was shared with us: 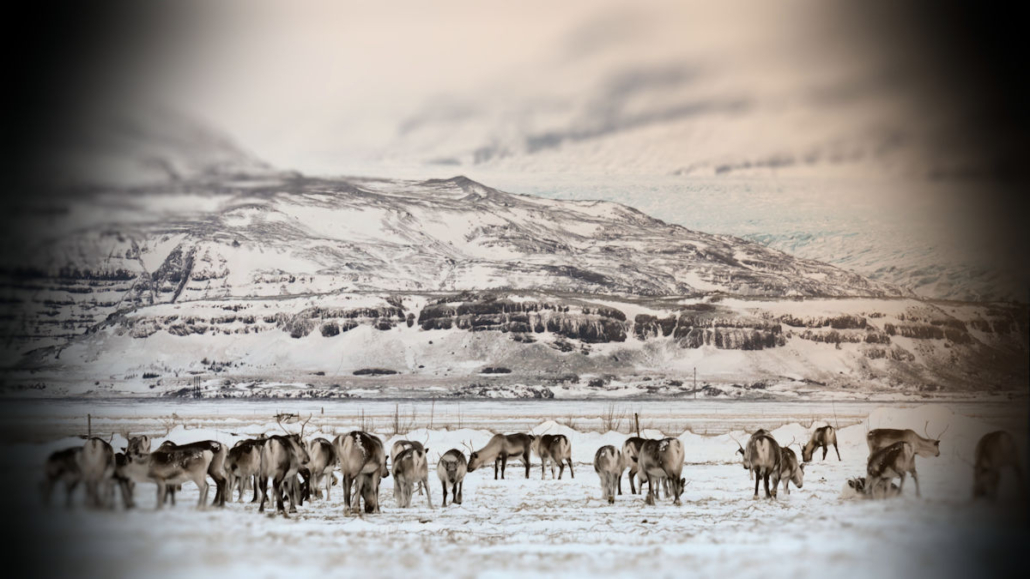 After seeing this photo Elf Victor said it was his goal to get some better pictures of some of the reindeer that we can share with people. He said he thinks the world should learn more about what amazing animals reindeer are.

The reindeer usually start coming back in September. So you can understand the concern many people both at the North Pole and around the world have that they have not returned yet.

But Santa has never once expressed concern.

I showed him this picture earlier today and Santa just smiled. “I told you so,” he said.

Having the reindeer back will bring a lot of smiles to people’s faces here at the North Pole. I can feel it. Everyone is working hard and everyone is looking forward to Christmas. But they are worried about how difficult things have been for people this year — especially the children.

Santa and I had a long talk about that today. Santa says we can do more to help raise spirits this Christmas season.

I am excited about some of the ideas he shared about how we can do that.

We are going to have some FUN! If people have to stay home and only see the world by way of their computers we can HELP with that. We can help bring a new level of fun for Christmas.

We will do all we can.

It will be easier to do that with the reindeer back at the North Pole.

Keep it tuned right here, folks. Christmas is not far away.